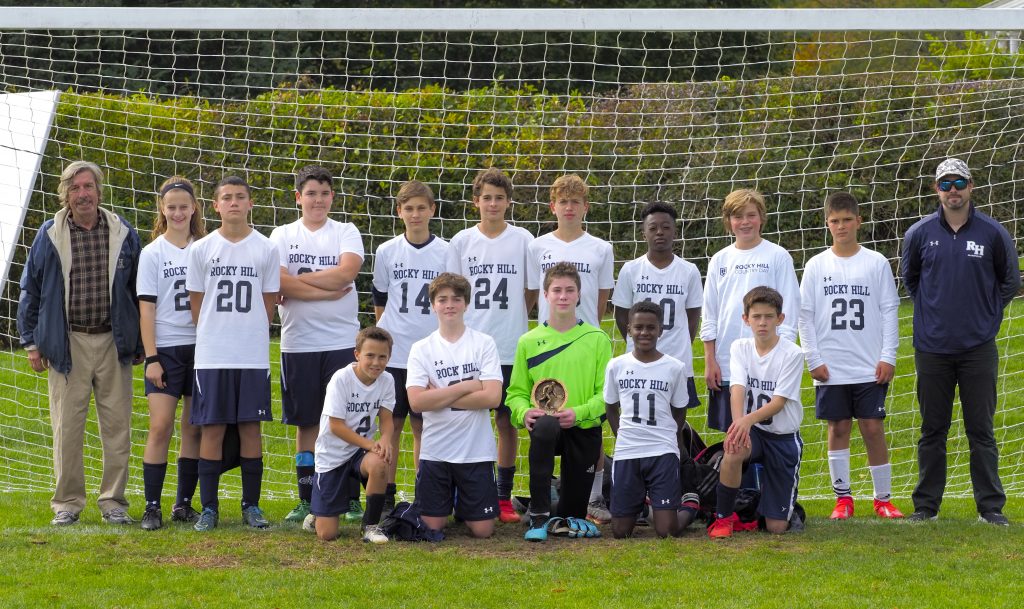 In the 8th Annual Land of Fires MS Soccer Tournament, RHCD placed 3rd. The competition in this years tournament was quite evenly matched. Community Prep, coming off an undefeated season and a Wheeler School Boys A Tournament Championship the day prior, was again victorious winning the LOF tournament as well.

The hope leading up to the tournament was that the final would consist of a Community Prep vs RHCD show down. However, due to Community Preps early loss to Learning Community in the opening rounds, the battle between the two teams came at the semifinal game. This game like many others went through overtime into shoot out to decide who would carry on, in which Community Prep prevailed.

In the 3rd place game, RHCD faced off against Blackstone Valley Prep. This game also went to a shoot out in which RHCD was able to pull out the victory.

This was also the last game of the season for the MS Soccer team. What a great season and we look forward to next year! 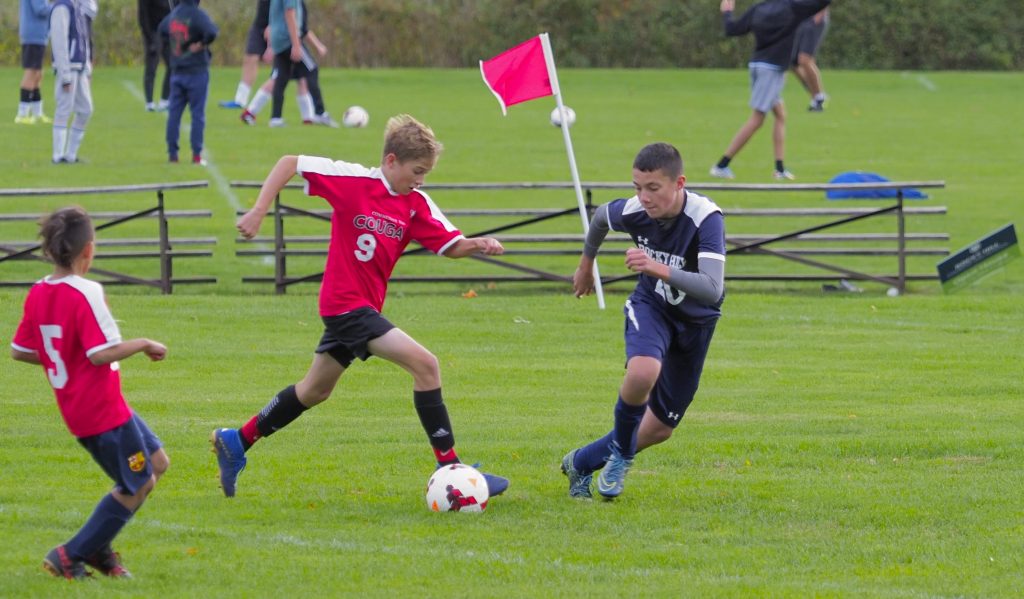 In Precursor of Land of Fires Match-up, CP Prevails in Battle of Undefeated Teams

RHCD 1, CP 2
Dudley Samponaro with the lone goal for the Mariners

On Thursday, 10/17, the A Team hosted Community Prep, one of our traditional rivals, in a highly entertaining match between undefeated teams. Both teams came out playing hard from the start. Rocky Hill controlled much of the play in the first half, but Prep’s skilled and aggressive defense was able to disrupt our attack while their speedy forwards were finally able to break free and score first. In the second half, both teams continued their spirited play, but Prep was able to score again. Late in the half, Dudley Samponaro scored. but we were not able net another one. As always, our defense continued to shine. Our keeper, Andrew Corsi, made more amazing saves, and our back line of Cole Brown, Alex Lehoullier, and Nate Lee used their speed and skills to thwart many of Prep’s challenges. 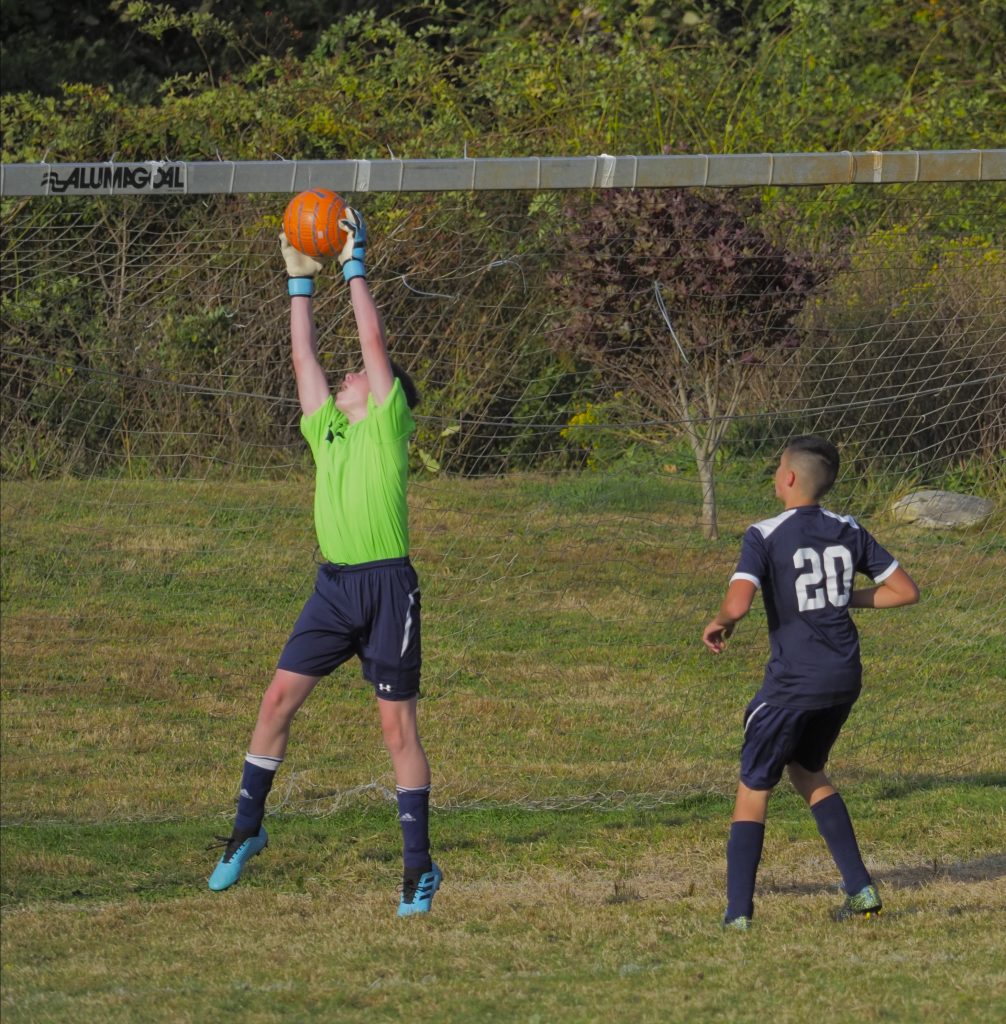 On Monday,10/7, the A team traveled to Pennfield for their final road trip of the year. We struck quickly as the team muscled the ball up field enabling Dudley Samponaro to finish by quickly putting two in the net. Pennfield maintained their spirited play throughout the game, but Rocky Hill controlled much of the game. The entire team continue to play well, but noteworthy play came from Isabella Rishworth and Boden Dair in their first A Team game. Will Hogan also broke through by scoring his first two career goals, and BJ Kerachsky made several dramatic saves as our emergency keeper.

good win in local match up

The A Team hosted a team from Cole Middle School to help kick off Homecoming Weekend. The first half featured a lot of good back and forth action; however, our defense held strong and the attack netted two. In the second half, players were able to gain experience by playing at different positions as our offense continued its pressure and scored five more goals. Cole also rallied to score three of their own, but the game ended with another RHCD victory.

MS A Soccer rolls past smcd

The A Team started October by traveling to St. Michaels on their second road trip.

The team came out storming and jumped into a quick lead as our left wing, Nassem Ankoma, netted two quick goals. Our stalwart defense continued to play as a solid unit as the back line of Cole Brown, Nate Lee, Alex Lehouillier and keeper Andrew Corsi effectively thwarted all of St. Michaels’ attacks. This enable our offense to steadily remain on the attack and goals were scored by Jacob Lax, Dudley Samponaro and Jake Jolly. All of our players continued to play with spirit and many were able to experience playing different positions in order to improve their skills. 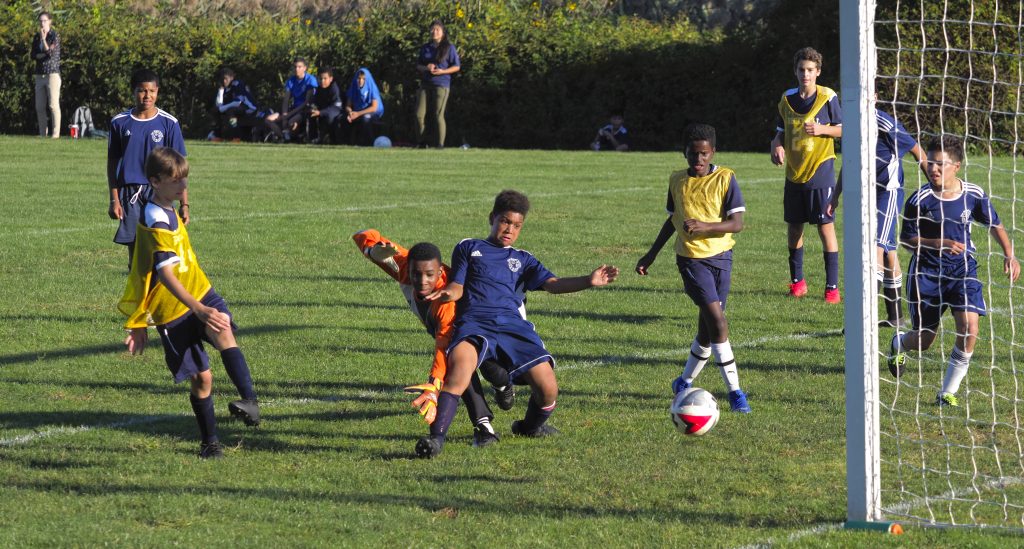 On Tuesday, the A team hosted San Miguel for our home opener. During the first half, we controlled much of the play, but their strong keeper and some Rocky Hill misfires kept the game close. The score at the half had us up 2-0. In the second half, our strong defense continued to do an excellent job of shutting down San Miguel’s offense, while our offense maintained steady pressure. as a result, we were able to pull away with a convincing victory.
RHCD 9, San Miguel 0

On Tuesday, the A team traveled to Gordon for our season opener. The team came out firing and our offense moved the ball well playing to the open spaces and making good crosses. Dudley Samponaro netted three goals, Breen Hill got two and newcomer Jacob Lax also put one in. Our back line of Nate Lee, Cole Brown and Alex Lehouillier effectively shut down Gordon’s attack and their clearing ability started many of our offensive runs. The final score was RHCD 6 Gordon . 2. 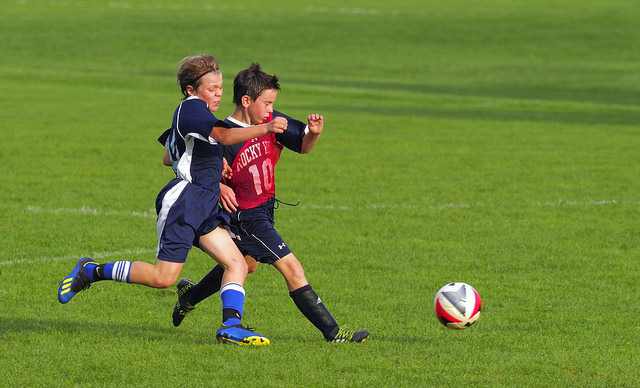 On Tuesday, 10/30, the A team concluded their season with a home game against St. Andrews. The Mariners quickly jumped out to a 2-0 lead highlighted by Dudley’s beautiful header off a Collin Zito corner kick. This early lead enabled the team to experiment with giving players the opportunity to play at a variety of different positions.  The game went back and forth with both teams having their opportunities until late in the game when Rocky Hill took over by scoring three goals, among them Reid Beland’s first of the year, to secure the win. As always, everyone played with spirit and our defense recorded another shutout.The team finished the year with a final record of 6-1. 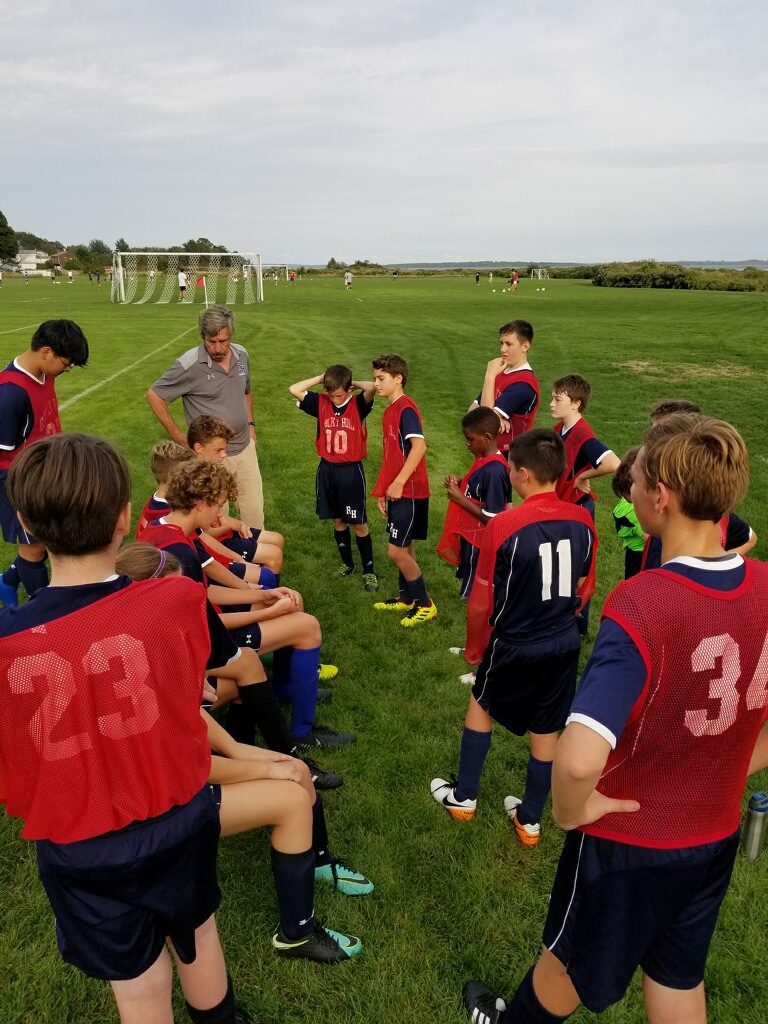 On Tuesday, the Mariners took their final road trip to play against Pine Point.The first half was closely contested as both teams pressed their attack, but Dudley Samponaro netted one to put RHS in the lead. In the second half, strong defense featuring Cole Brown, Derek Block, Nate Lee, Ben Lawson and Alex Lehouillier continue to deny Pine Point while relentless attack led by Dudley, Collin Zito and Lauren Zheng all scored to earn a 5-0 victory. In the goal, Andrew Corsi earned a shutout.

The final game for MS Soccer A is next Tuesday versus St. Andrews. 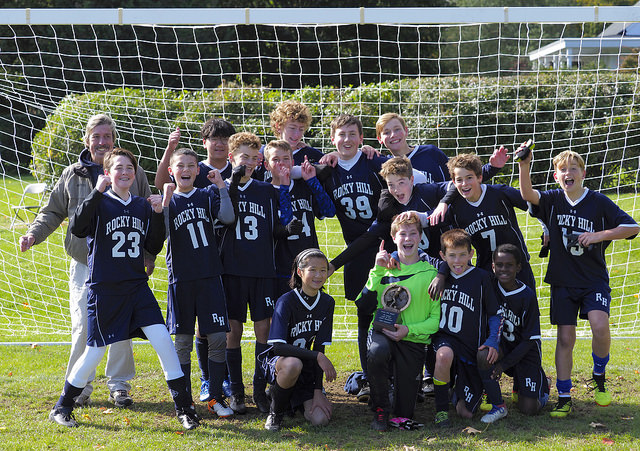 In their first game, the Mariners took on Segue and cruised to a 4-0 victory. Their opponent in the second game, Blackstone Valley Prep, was more of a challenge, and the two schools played to a 0-0 tie. However, this was enough to earn RHS top seed in pool play and a match with Community Prep in the semifinals. Dudley Samponaro scored early in the match, and defense held tight to earn a 1-0 victory and a trip to the championship facing Learning Community.  Learning Community was leading a tight game until with 34 seconds left, Lauren Zheng tied it up. There was a scoreless 5 minute overtime before the game was sent to a shootout. It was tied after the first round, but then keeper, Andrew Corsi, shot and scored and then made the save that earned RHS the championship.

“It was a real team effort and all players contributed well,” said Coach Greenwood.
Middle School Soccer A returns to action next week on the road.