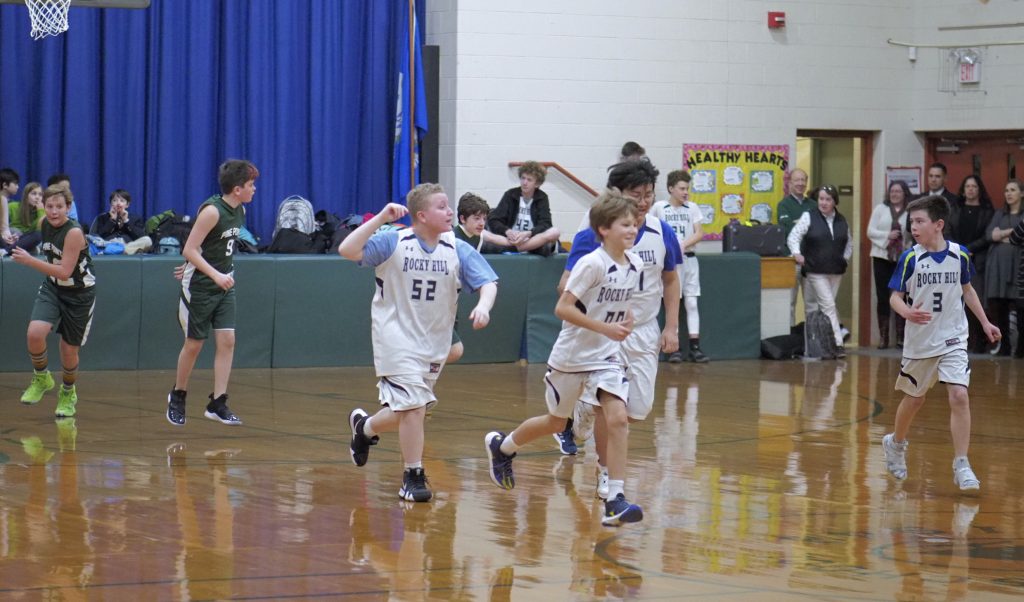 B Team Gets its First Win!

The boys grabbed their first victory of the season in a close one against Barrington Christian Academy. The boys B team has played great defense throughout the season and tonight was no different. With the team missing their seventh graders due to a field trip, the sixth grade boys had to step up and they did in a big way. James Tillinghast was the heart of the team recording 10 steals, 3 points, and 3 assist. The offense was lead by Boden Dair and BJ Kerachsky who had 6 and 8 points respectively. Boden also had the play of the game with a James-Harden-like step back three. The game came down to the wire and the boys held onto their lead to secure their first win.

Next week the boys host Gordon and look to start a winning streak.