“For instruments of navigation can be made without men as rowers, so that the largest ships, river and ocean, may be borne on, with the guidance of one man, with greater speed than if full of men. Also carriages can be made so that without an animal they may be moved with incalculable speed…. Also instruments for flying can be made so that a man may sit in the middle of the instrument, revolving some contrivance by which wings artificially constructed may beat the air, in the manner of a bird flying. Instruments can also be made for walking in the sea or rivers, down to the bottom, without bodily peril.”

Remarkably, this prophetic utterance “on wonderful artificial instruments” was enunciated by the Franciscan friar and Aristotelian (Scholastic) philosopher Roger Bacon in the 13th century.

Thank you to the visionaries and prophets who have always, in every generation, moved humanity forward.

I often wonder who will stand out, eight centuries hence, as the Roger Bacon of our age.

The privilege of being an educator is that we can see that potential, real and present, in each child we encounter every day.

The technology-driven disruption through which we are living certainly highlights the importance of educating every student into numeric and scientific literacy. What is less often recognized is that the disruption also underscores the crucial value of providing students with a rich grounding in the humanities. The humanities must retain a key role in our educational models, because it is precisely through the humanities that students are given the best tools for understanding the impacts and implications of technology, and equipped with the skills and insights to achieve success and become leaders in the world those technologies are reshaping with such rapidity.

Humanity has, broadly, lived through three technology-driven revolutions, and each has seen its greatest impact in the social, economic, political, and cultural spheres. Starting with the historical—rather than archeological—record, the first great tech revolution was the Neolithic, marked by the monumental innovation of settled agriculture. This made possible, for the first time, the rise of sufficient aggregations of people in one locus for cities to rise as well as sufficient productive surplus to allow for leisure classes to emerge. The results included unprecedented social hierarchies and political structures—including highly organized warfare and religio-political systems—from Mesopotamia and Egypt to the Indus River and China. Cities also fostered the first emergence of urbanity or civilization as we know it, including the invention of writing, ushering in the historical epoch itself—as compared to all of pre-history before a written record.

The next great tech revolution was the Industrial Revolution, which was perhaps most saliently the result of radical new tools for harnessing power, particularly via the steam engine. This tech revolution, too, played out most profoundly in non-technical realms. Just a short list of the social implications of the industrial era must include several political revolutions (the American Revolution, the French Revolution, the revolutions of 1848, and many others), the global hegemony of European colonialism, democratic movements, communism, global environmental threats, two world wars, and many others. The list could obviously be quite long, and still not be exhaustive.

Today, we are living through an extraordinary convergence of at least three simultaneous tech revolutions: nano, information, and genomic. These are mutually reinforcing and are unleashing forces, both within science and outside of it, of perhaps greater scale than either of the Neolithic or Industrial. We are witnessing a steady acceleration of technology introduction that changes the ways in which we relate to information, to work, to learning, and to each other in fundamental ways. Just reflecting on the impact smartphones have on almost everything we do, it is hard to fathom that the iPhone only turned ten years old last month. Consider another example: It took a decade and over a billion dollars to map the first human genome in 2000; today, that can be done for anyone at a cost below $1,000. Humans are coming to understand the underlying plasticity of—and our capacity for redesigning—life itself.

What is also important to note is the quickening of pace marked by each successive technology revolution. The Neolithic Revolution took millennia to unfold; the Industrial Revolution transpired over a mere 150 years. We, however, are living through the critical stage of the nano-info-genomic revolution in perhaps a 50-year timeframe. It is no wonder that people find this a disorienting and confusing time. So many received paradigms are shifting.

So why are history, literature, and other subjects in the humanities relevant to this age of unprecedented disruption?

Precisely because the impact of technological changes will be felt most powerfully on the human level—in the ethical, social, and cultural spheres that are the very subject of humanistic study. Today’s students need to understand prior human history in order to contextualize today’s historical moment. They need to have facility with the great ethical systems of philosophy and religion in order to bring tools to bear in weighing wholly new ethical questions. They also need the creativity, compassion, and leadership qualities that a humanist education inculcates, as much as any students ever have before.

The best schools of today and tomorrow will reimagine, but not eliminate, their students’ educational grounding in the humanities, even while further enhancing their offerings in science and math.

Last week, five Rocky Hill School students and two faculty members attended the Across Boundaries edtech conference in Boston. The conference, jointly sponsored by LearnLaunch and MIT, included 1,100 participants from 13 countries and 30 states, and hundreds of exhibitors and presenters. Our student attendees watched students from 25 New England schools present remarkable programs, activities, and accomplishments in the field of edtech. I invited our five students to share their reflections of the conference and serve as my first guest bloggers. I think I made a wise choice! 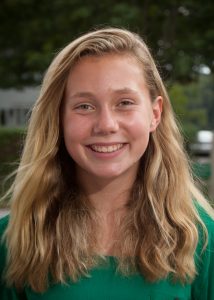 I recently had the opportunity to attend a LearnLaunch innovation event in Boston to represent Rocky Hill School. I feel incredibly lucky to be one of five who were a part of this experience. Once in Boston, we headed to the Hynes Auditorium and walked down a hall full of tables and booths presenting new technology and ideas to better learning experiences in the 21st century. The room full of students was probably my favorite part of the trip, because I was able to learn about the advances not only entrepreneurs are making in the educational field, but what students have created themselves. From self-guided high school and college courses to controlled aquaponic plant growing systems, the room was filled with so many young innovators. I felt lucky to have been able to ask questions and receive valuable information about so many new, useful, and interesting ideas for students, teachers, and educators. Walking around we were showed virtual reality headsets for classrooms, math music videos, organizational websites, and presentation software that all could be used to positively change the way so many students with so many learning differences could be taught. I very much enjoyed this workshop and it helped spark many new ideas about future projects and technology for our school, as well as exciting me for what will be our very own LearnLaunch facility. 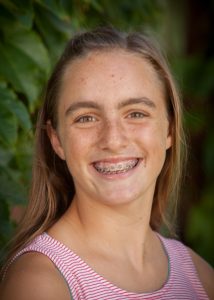 Last Friday, I had the opportunity to attend one of the most educational events I have taken part in. Some of my peers and I traveled to a LearnLaunch/MIT conference in Boston where we were inspired from ideas and innovations that create a better learning environment for children and adults. During the conference, we talked about how we could bring an idea such as the prosthetic hands, which was part of something the RHS Interact Club started. One of the most interesting projects I saw was about making videos that encourage children to learn math while making it fun. This really connected to what some of my classmates and I are currently doing in math class which is making videos similar to their idea. Another area included clear whiteboard paper in which you put on desks and tables for kids to write on. These were just two of the many ideas I feel as though sparked my imagination to improve the already amazing learning environment we have at Rocky Hill School. I am so glad I got to attend this amazing opportunity and be able to share the wonderful experience I had. I would like to thank Dr. Tracy, our Head of School, for making the trip to the conference possible and sparking my imagination to make a difference. 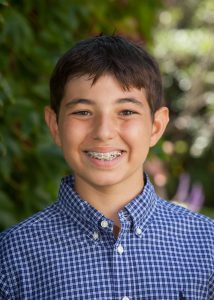 On Friday, February 3, I had the opportunity to attend the LearnLaunch conference with four fellow Rocky Hill School students as well as  Mr. Jedrey, Head of Middle School, and Mr. Laurent, 3rd and 4th grade teacher.

At LearnLaunch, 24 teams representing grades six through college presented different innovations from a variety of fields. Most of the innovations were in teaching and engineering. My favorite booth was from MIT, where they built a tread wall, called “Gravity.” The goal was to climb for as long as you could. The wall mixes gaming with rock climbing while incorporating learning, coordination and competition, all in an active environment. They plan to market the wall to arcades or gyms; I thought the idea was really cool. The LearnLaunch conference also inspired me to try and create my own innovation based on a concept that I had worked on with Rocky Hill School’s FIRST LEGO League team when I was in fifth grade.

I think the LearnLaunch conference was an excellent learning experience, and also provided inspiration with the variety of teaching methods that were presented. 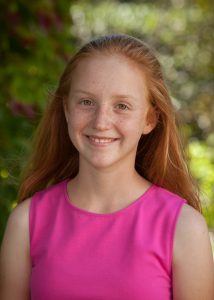 On Friday, I got the amazing opportunity to attend the LearnLaunch/MIT conference in Boston. When we arrived we got to see 24 schools and their innovations and ideas to improve school life for the future. I immediately thought that we should be one of the schools represented there. But this wasn’t the only chance we could get. All of us who got the opportunity to go are already thinking of ideas for next year! Next, we saw adults with their business ideas that could impact the way we learn and live in many, many ways. We saw every idea from whiteboard stickers to electronic learning tables for pre-schoolers. We got to interact with all these business people, and truly get inspired. I found that it was a once in a life time experience to understand the process of entrepreneurship and how we as a school, can have our very own idea that we can take to this conference next year. Overall, I am extremely lucky to have been able to attend this conference, and this was only possible because of Dr. Tracy as our new amazing Head of School. I can’t wait to see where this goes over the next year, and how we as a school can make a difference. 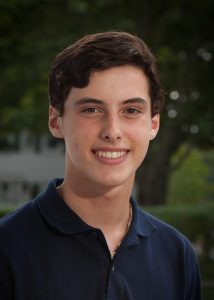 Last Friday a group of fellow students and I, along with a couple of teachers, traveled to Boston in order to visit and sit in on the LearnLaunch conference. Upwards of two dozen student presenters gave speeches explaining their thoughts and ideas on how to improve the world of education. They spoke about many different topics such as producing informational math music videos and using virtual reality gear to simulate field trips. They all wanted the same thing: to change the education system for the better. Seeing all of the dedication and effort they put forward was very inspiring. Personally, I think it is our job as a private school to be a catalyst in the world of education and pioneer some of these ideas, for we are not chained to a set curriculum. Surely, next year Rocky Hill School will be able to secure a booth to present an idea of our own. I am extremely grateful for the opportunity to attend the conference and look hopefully towards what is on our horizon.

I am delighted to share an article published this week in Xconomy about the collaboration between Rocky Hill School and LearnLaunch.